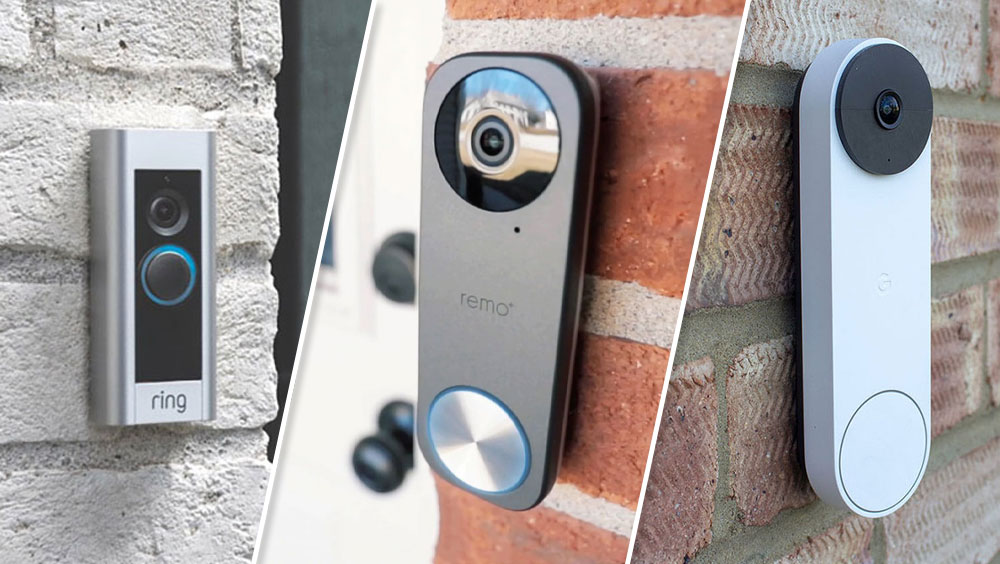 Video doorbell systems are a great way to add an extra level of security to your home. They act as an intercom between your smartphone or other devices and the front door, and they can help you keep an eye out for intruders, package thieves, and even solicitors.

RemoBell S combines value and function with an array of features, including infrared night vision, HD video, and free three-day rolling cloud storage, meaning users can access videos easily and storage doesn't run out quickly. Furthermore, the RemoBell S doesn't require users to pay a monthly subscription fee, and it's available for less than $100. This doorbell is easy to install and integrates with smart home tools, such as Amazon Alexa and Google Nest Hub.

Arlo's Essential Wireless Video Doorbell is among the easiest to install. This doorbell can be set up anywhere outside the home and includes options such as two-way audio, HD video, night vision, and a 180-degree viewing angle. While the features of this video doorbell system are rich, the cost is also a bit higher than its competitors at nearly $200 plus a monthly app user fee.

The Ring Video Doorbell Pro is a hard-wired video doorbell system that includes two-way talk, built-in Alexa greetings, and motion alerts with automated recording. This is fully customizable, including its privacy settings and interchangeable faceplates and chime sounds. The cost of the Ring Video Doorbell Pro is about mid range when compared against its competitors at a little less than $170.

The Nest Doorbell by Google is battery-operated and wireless, which makes it simple to install anywhere outside the house. It connects wirelessly to the Google Home app, and monthly membership fees aren't required to access videos or live streams. The Nest Doorbell sends alerts to the user's smartphone or another device anytime the camera's motion sensor is triggered. This system is available for about $165.