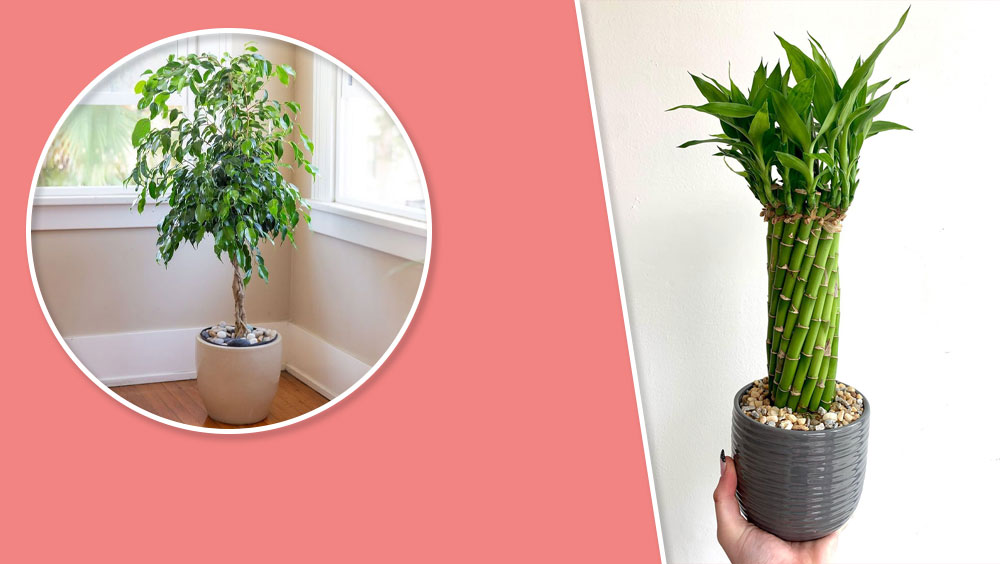 While many houseplants prefer full or partial sunshine to flourish, some plants do equally well in low light. If your home or office has little or even no exposure to natural sunlight, all is not lost. Get ready to flex your green thumb with this rundown of the best indoor plants that thrive in low light conditions, including north-facing rooms and rooms with no windows.

Perhaps no plant is easier to own than chlorophytum comosum, the common spider plant. Called the spider plant because of its spiderette offshoots or “babies,” this plant thrives under artificial light.

Described by gardening enthusiasts as nearly indestructible, the cast iron plant is hard to kill, even if its home has minimal sunshine coming in. Beloved for its ability to adapt to its surroundings despite neglect, the cast iron plant even does well in shade and doubles as a natural air cleaner.

Both Algerian and English ivy plants do very well with minimal sun. Plant ivy, especially English ivy, in hanging baskets and let its trailing vines transform your room into a verdant garden sanctuary.

Lucky bamboo adds a touch of greenery to any darkened corner. While it does crave some light, it still prospers in rooms with no sun. As a bonus, lucky bamboo plants are also thought to bring good luck. If you own pets, this may not be the plant for you, however, since it is toxic to animals.

Despite its moniker, the weeping fig tree is one houseplant that adds cheery green beauty to even the darkest rooms. It grows quickly, and it’s super tough to kill. With regular watering and just a bit of trimming, this popular houseplant is bound to flourish.

Spathiphyllum, or peace lily, is a beautiful indoor plant that puts its best foot forward even when neglected. Its large green leaves are accentuated by beautiful white lily blooms. Indirect light is best for the peace lily.

Contrary to popular belief, bromeliads do not need a lot of light to develop those vivid colors for which they are known. In fact, the guzmania variety actually likes low light and does not tolerate direct sunlight. Other bromeliads are suited to low light applications, so check the tag at your local nursery to find more low-light-loving plants to bring home.

The Chinese evergreen plant is so hardy that you only need to fertilize it once or twice annually. Great for novice gardeners and new plant parents, this durable houseplant stays beautiful even in low light conditions.

You don’t have to be an experienced gardener to enjoy houseplants. These low-light tolerant plants are super forgiving and easy to care for, making them ideal for nearly any setting.